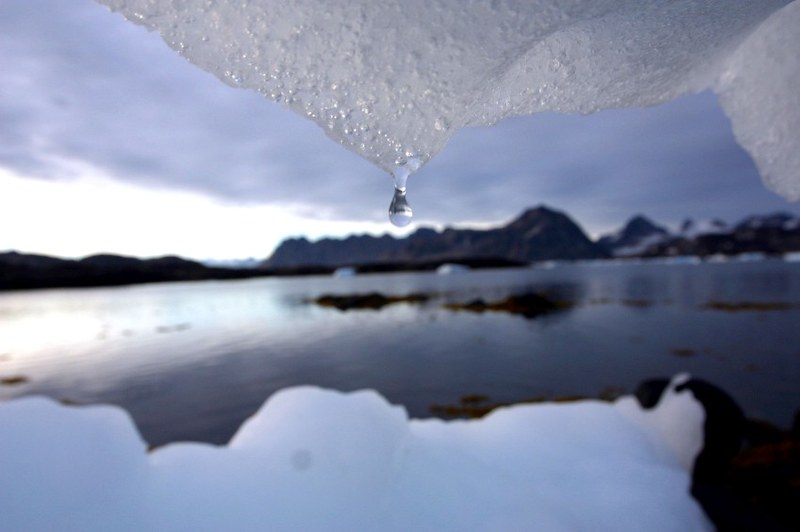 The year 2021 is undoubtedly the Year of Climate Change: The Intergovernmental Panel for Climate Change (IPCC) released the Sixth Assessment Report (AR6) on 9 August. Furthermore, the Nobel Physics Prize was awarded to two climate change scientists on 5 October, and the UNFCCC COP26 is taking place in Glasgow on 1-12 November.

The AR6 Working Group I report warned that a 1.5°C warming relative to 1850–1900 will occur in the next two decades regardless of what emission scenario might be taken, including the one that would limit warming below 1.5°C by the end of the century. The carbon budget allowing for a 1.5°C increase is likely to be depleted in about ten years with the current annual rate of CO2 emissions.

Two climatologists Syukuro Manabe and Klaus Hasselmann, received the 2021 Nobel physics prize, honouring their foresight of the global warming we are now facing. These two laureates reminded the public that they have been warning against warming for about five decades. Indeed, we have been warned repeatedly by many scientists since the 1970s about this crisis. The Nobel economics laureate William Nordhaus cautioned in 1975 that 2°C should be taken as the upper limit of anthropogenic warming to minimise global impact. The report “Carbon Dioxide and Climate: A Scientific Assessment” released in 1979 by US National Science Council pointed out that a 3°C warming would occur if CO2 concentration doubled. A 1982 report leaked from Exxon projected about 1.2°C warming with 420 ppm CO2 concentration by 2020, which was surprisingly accurate in hindsight. In 1988, James Hansen testified in US Congress that anthropogenic warming was already occurring and presented the warming projection up to 2019, which was also confirmed correct. However, the 2°C warming limit was not agreed upon until the Cancum Agreements to “hold the increase in global average temperature below two degrees” in 2010 and formally included in the COP21 Paris Agreements in 2015 with solid scientific evidence revealed in the IPCC Fifth Assessment Report. The 1.5°C warming limit that requires net zero emission by 2050 was suggested in 2015 as a more aggressive alternative and later became the common goal. More than four decades have passed, and CO2 concentration in our atmosphere has risen from around 339 ppm in 1980 to 412 ppm in 2020. Upon the release of AR6, the world was shocked by the cruel reality that warming is happening and will continue worsening, and the door to avoid 1.5C warming is closing fast. Warming is unavoidable, and the best way is to limit greenhouse gas emissions as quickly as possible. Another cruel reality is that the needed effort and cost has become astronomically high, compared to an attempt if taken 20 or even 10 years before, and will only rise further if delaying the implementation of necessary measures. During 1-12 November this year, COP26 will be held in Glasgow to agree upon the target of zero carbon emission by 2050. It will be the last chance for human beings to secure the possibility of staying below 1.5°C.

What happened worldwide naturally occurred in Taiwan. An updated report on climate change in Taiwan based on the same data used in AR6 was released on 10 August. According to the report, Taiwan has warmed by 1.6°C between 1911–2020. Moreover, the summer has significantly lengthened to 120–150 days, and the winter has shortened to about 70 days. In addition, heavy rainfall showed signs of strengthening, whereas continuous dry days has extended by about 5.3 days in the past 100 years. In the future, the annual-mean temperature might increase. This would be relative to 1985–2014. It could increase from 1.8 to 3.4°C at the end of the century depending on emission scenarios. In the worst emission scenario, the number of days with temperatures exceeding 36°C will increase by 48 days. Thus, the length of summer might become as long as 210 days by the end of the century.

Moreover, winter in the current standard might disappear as early as around 2060 in the worst-case scenario. On the other hand, heavy rainfall might enhance by 41% and 20%, respectively, in high and low emission scenarios, by the end of the century. At the same time, the number of successive dry days will likely increase. As a result, the number of typhoons affecting Taiwan might be reduced by about 50%, but the rainfall might increase by 35%. The good news is that the degree of change is proportional to the cumulative CO2 emission. Therefore, these changes will be relatively mild, although still have marked impacts, if staying below 1.5°C with a success rate of net zero by 2050.

Considering the unmanageable impacts of a high emission scenario, Taiwan should engage in aggressive emission reduction and actively be involved in a global effort toward net-zero goals. Ironically, the warming issue in Taiwan has been more an economic issue than an environmental one. The recent attention on the warming and the net-zero issue was not brought about by the potential threats mentioned above. The pressure is mainly of economic, not environmental, origin. Taiwan’s economy relies heavily on export. As one of the major suppliers to international enterprises like Apple pledges net zero emission by 2030, big Taiwanese companies like Taiwan Semiconductor Manufacturing Co. joined RE100 a few years ago and committed to the net-zero goal. More and more companies followed afterwards. The announcement of the EU Carbon Border Adjustment Mechanism touched a nerve of Taiwanese industries and government to realise the seriousness of global warming impacts on economics and the environment. The economic loss has been the principal motivation for achieving net-zero in Taiwan.

Although Taiwan cannot officially participate in COP26 because of not being a UN member, the net-zero pressure it feels increases dramatically due to the conference. A positive sign is that President Tsai has repeated three times the necessity of net-zero policy in 2021. The Environmental Protection Agency in Taiwan is now taking the lead in revising the Greenhouse Gases Emission Reduction, and the Management Act passed in 2015. The revised act will be renamed the Climate Change Coping Act (temporary translation by author) and will include net-zero goals by 2050. A more aggressive Climate Change Action Act (provisional translation by author) with more action items has also been proposed in the Legislature Yuan. Taiwan is now in high gear to plan and implement necessary measures to achieve these net-zero goals. The biggest challenge is not the law but the design of a pathway toward net-zero, especially on the energy issue.

Green or other alternative energy was never an option in Taiwan in the early days because of the nuclear power strategy. Energy supply became a hot issue when the vision of a nuclear-free home was officially approved. Taiwan is lacked fossil fuel resources but is rich in sunshine and wind. The current plan of 25 GW of solar and wind energy (20% of total energy) emerged naturally as the best choice. However, progress is lagging because of multiple complicated issues. Even if the 25 GW is attainable, it is far less than that needed for the goal of 50% reduction of greenhouse gases (2005 emission as reference) by 2050 in the Greenhouse Gases Emission Reduction and Management Act, not to mention net zero-emission goals. Under the Executive Yuan, the Office of Energy and Carbon Reduction leads the planning of national pathways toward net-zero. The discussion is within ministries and selected experts, and the details have not been disclosed to the public. As revealed in the State of Climate Action 2021 recently released by the World Resources Institute, none of the 40 indicators covering power generation, buildings, industry, transport, land use, agriculture, and carbon removal is on track. However, some of them are well off track. Thus, the possibility of achieving net-zero goals seem to slip away if exponential growth needed for implementation is not fulfilled. It is not sure whether a similar approach considered in this report is carefully followed in the pathway planning led by the Office of Energy and Carbon Reduction. Achieving the net-zero goal requires a systematic change in various aspects from government, business, technology, and research. It is incredibly challenging considering the need to cut the emission by 50 per cent in 2030. We have less than ten years, not 30 years. Such urgency is not felt in the net-zero discussion in Taiwan. The focus tends to be on 2050. Failing the 2030 goal would make the net-zero by 2050 goal even more challenging.

While the attention is now on net zero, adaptation and related research should not be forgotten, knowing that the impacts of warming are no longer avoidable. Although the adaptation plan has been implemented for more than ten years in Taiwan, a complete picture of climate change impacts and vulnerability is not yet available. An adaptation plan would, therefore, be ineffective if not based on quantified potential impacts and vulnerability.