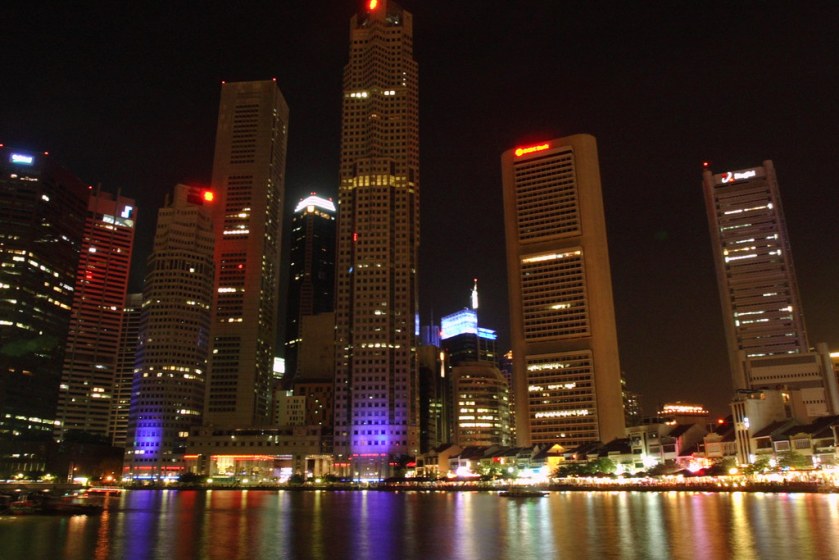 In December 2016 at East Coast Park, I attended a barbecue party organised by a group of Taiwanese living in Singapore. More than 30 people attended, mostly aged 20 to 29. They were interspersed among several seniors who had been in Singapore for many years. Their conversations mainly comprised complaints that the weather in Singapore was still so hot in December and questions such as ‘When will your work contract end?’ and ‘What are you going to do next?’ This experience made me feel that the migratory experiences of these young Taiwanese workers in Singapore are dynamic, and that the largely unexamined ways migration has affected their personal and professional lives is an issue worthy of discussion.

In research on Taiwanese migrants, discussions are focussed mainly on highly-skilled or privileged migrants, such as ‘Taishang’ (Taiwanese businessmen) in mainland China, Vietnam or Indonesia. If Taiwanese migrants mainly work in professional managerial levels with high pay in multinational enterprises, it may appear that moving abroad is a positive choice. However, unlike the so-called Taiwanese ‘elites’ or ‘talents’ who were headhunted by Singaporean companies with the highest-level employment pass, a number of recently-migrated young Taiwanese workers in Singapore are engaged in the service industry. Most work on a contractual basis, dispatched by an agency and hold the lowest-level work pass (hereafter WP), which has many restrictions. Migrant workers with a WP are only allowed to work in Singapore for up to eight years. These workers have to leave the host country immediately at the end of their work contracts. If Taiwanese migrants are mainly engaged in low-level work with a WP, whether blue-collar or white-collar, a controversial debate arises about whether these migrant workers are forced to move abroad to earn a living.

Obtaining higher salaries and gaining overseas experiences are the primary objectives for many young Taiwanese migrant workers in Singapore, reflecting wider national aspirations to place Taiwan in the global capitalist network. In recent years, Taiwan’s low wages and long working hours have weakened the job market and prompted an increased loss of human capital. As pay does not increase based on work performance, obtaining a rapid and efficient accumulation of capital becomes a key desire for aspirational young people. Although these young people’s expectations of overseas work are deeply influenced by the idea of ​​‘making more money’, an equally influential factor is the idea that ‘the world is big, there are so many things to see’. Interestingly, several young Taiwanese mentioned that they had considered spending a gap year working in Australia before deciding to come to Singapore. However, as a working holiday visa recipient in Australia they would have to change employers every six months, while jobs in Singapore were more stable.

When Taiwanese workers arrive in Singapore after signing a work contract, they may experience some cultural adaptation issues. Because of homesickness, missing their partners or feeling that the reality of Singapore is different from their imagination, some Taiwanese migrant workers choose to return to Taiwan after a few months. Their work mainly involves physical labour and they undergo profound emotional experiences of what Hochschild (1983) called ‘emotional labour’. When working in the service industry for example, they face frequent and diverse interpersonal interactions with clients and colleagues. This group of young Taiwanese people experienced not only the commodification of the labour force but also the performance of surface feelings, or how an individual places him or herself in social relations. Most will try to maintain a good impression in the minds of their employers and keep the good reputation of young Taiwanese working in Singapore’s service industry sector. However, one of the reasons they have to engage in such a performance is because they become part of the working class in Singapore, regardless of their middle-class status in Taiwan.

In addition, the ability to speak fluent English led this group of workers to experience an emotional shock. Although ethnic Chinese are the largest ethnic group in Singapore, English is the official language. For young Taiwanese who are eager to learn English, they desire to accumulate international work experience to increase their competitiveness in Taiwan’s labour market. However, when young people in Taiwan want to use their English skills and international experience to make a living, they feel frustrated and disappointed when their lack of English ability becomes an obstacle to securing work. Despite this, young Taiwanese still hold contrasting feelings of being productive during their stay in Singapore whilst holding a sense of having no future in Taiwan. This is because overseas work is not only intertwined with transnational connections but also enables young people to realise work constraints and opportunities in a comparative national context. By studying the experiences of young migrant workers, the simple view of overseas Taiwanese workers as omnipotent elites has been rejected. This perspective helps us to understand how young Taiwanese reflect on their overseas work experience, their destinations and the people they encounter, the socio-economic challenges they face and how they attempt to negotiate them. As a pioneering study, the most interesting finding is the expansion of the geographical scope of youth transnationalism, so far overlooked in existing research on overseas Taiwanese. In the process, the study shows how young Taiwanese migrant workers can be global in multiple ways, rather than being determined by local structures.

Chia-Yuan Huang is a PhD Candidate at the Department of Geography of University College London and works as Research Project Officer for the SOAS Centre of Taiwan Studies. Her research interests include migration and transnationalism, as well as young people, women and work in the global context of mobility. Image credit: CC by lancebai