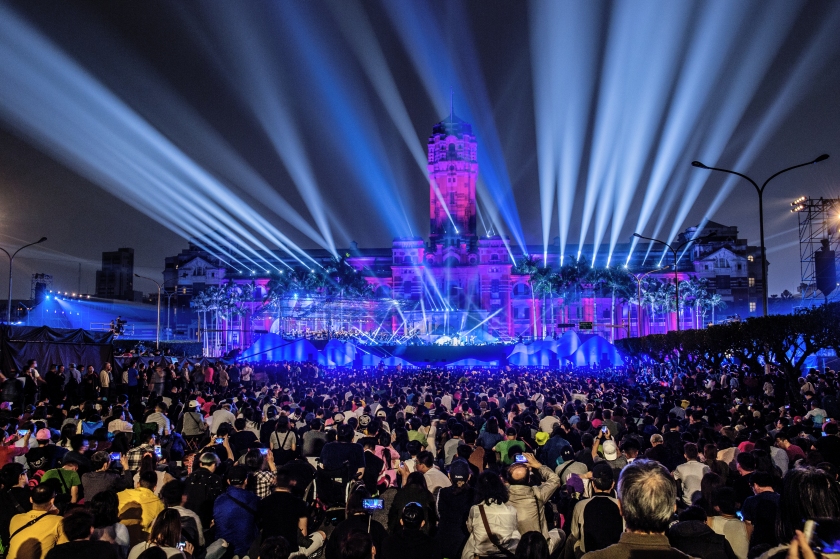 The history of musical subcultures in Taiwan has often involved external influences from outside Taiwan. In many cases, to borrow Andrew F. Jones’ phrasing, this phenomenon returns to the “circuits” by which such music genres were disseminated.1 One prominent example would be the spread of rock and roll in East and Southeast Asia in the post-war period through US army bases in the region and GI radio stations–this was also the case in Taiwan, as seen in the historic role played by ICRT.2

Nevertheless, the roots of contemporary electronic music culture in Taiwan can be traced back to the freedoms of the post-martial law period. During this period, the relaxation of restrictions on creative expression during the martial law period led to a flood of external influences entering Taiwan all at once.

This resulted in the form of temporal compression, in which genres from diverse periods and styles entered Taiwan at the same time. “Taike” (台客) rock, for example, which arose in the 1990s and 2000s, has strong antecedents in 1970s western rock bands such as Led Zeppelin or Deep Purple, rather than more contemporary developments in the Anglophone world such as grunge rock–one notes that Taike rocker legend Wu Bai (伍佰) and Kurt Cobain are near-exact contemporaries, for example.

To this extent, one notes that many of the same figures in the early Taiwanese electronic music scene were active in other musical scenes. Lim Giong (林強), for example, is and remains one of Taiwan’s best-known electronic musicians, as in his work on Hou Hsiao-hsien (侯孝賢)’s Millenium Mambo (千禧曼波), which remains an influential cinematic depiction of Taiwanese nightlife, even as he was originally known for his Taiwanese Hokkien ballads. Monbaza Chang, a figure in the early electronic music scene who remains active as a sound artist today, was one of Wu Bai’s touring collaborators. DJ Jerry (羅百吉), the Taiwanese American DJ and producer known as the predominant icon of Taike electronic music, worked with Lim Giong in the 1990s.

Yet the current underground electronic music scene in Taiwan does not have strong links to the scene that existed in the 1990s and early 2000s. This is particularly with the shutdown of older venues such as Texsound (or 台客爽, a name gesturing towards its identity affiliations) or Underground. The developmental path of Taiwanese electronic music from the period is now largely confined to one-off events, sometimes at Pipe Live Music by Cosmic Worm, The Server, or other groups, or the occasional Return to Texsound events.

Instead, the current scene is bound up with the rise of Taiwanese indie music in the late 2000s and 2010s. Korner, which closed in 2018 and was the late-night alter ego of The Wall, one of Taiwan’s mainstay indie venues, is the nightclub that served as the incubator of the current predominant venues for underground electronic music in Taiwan. This took the form of party crews that organized events at Korner, going on to found venues and nightclubs of their own, such as how FINAL rose out of the Rebels of the Neon God party series, Studio 9 from the Bass Kitchen crew, and Pawnshop from the Smoke Machine crew. Korner itself closed but later began holding events in the space as The Bar, with more recent events framed as The Wall.

External influences have played a key role in the various aesthetics and genre orientations differentiating party crews. As with Korner, Pawnshop reflects influences from Berlin techno and positions itself along the lines of Berlin queer nightlife. On the other hand, FINAL has positioned itself as a club for the deconstructed club, with an avant-garde aesthetic that draws from cosplay and fashion. FINAL also takes inspiration from Chinese clubs such as OIL that focus on deconstructed sounds while maintaining strong ties to the indie rock scene. Studio 9 draws from the UK party scene of the early millennium, with key organizers having studied abroad in the UK, while The Bar aims to replicate the atmosphere of DJ-focused bars in Japan. Compared to when Taiwan’s party crews largely all operated out of Korner, each scene has developed its own distinct aesthetic, crowd, and ecosystem of DJs, perhaps with fewer DJs performing at venues that they are not associated with than in the past, in which it was more common for DJs to play at many venues.

But as in the earlier period of Taiwanese electronic music, the question of what a distinctively Taiwanese music aesthetic is increasingly a concern in recent years. This, too, is bound up with contemporary identity trends among young people and rising Taiwanese identity, as with the heyday of Taike electronic music.

To this extent, influences on Taiwanese underground electronic music reflect Taiwan’s position in the world. For example, the German techno sound is currently internationally ascendant underground. At the same time, Taiwan’s history has long been bound up with that of China and Japan, including contemporary cultural influences in the age of globalization. The influence of Chinese clubs on the Taiwanese underground is a particularly noteworthy trend at a time in which China has far surpassed Taiwan in terms of the size of its economy or global cultural reach.

Yet, in line with identity trends, one has seen increasing usage of elements seen as quintessentially Taiwanese in contemporary Taiwanese electronic music productions. This includes elements of traditional temple culture in sampling, a trend also seen in indie music. However, the earlier period of Taike electronic music is now mined for cultural referents, with some productions aiming to mimic this sound. DJ Jerry is also sometimes invited to perform at FINAL and similar venues. The attempt, then, is to search for a unique Taiwanese sound, which may have external influences but is seen as having elements that are unique to Taiwan.

Likewise, there is an aspiration for Taiwanese music to take to the international stage. In its social media presence, Pawnshop, for example, has recently sought to promote when DJs associated with the club perform in Berlin, seen as the global capital of techno and international music writ large.

It remains to be seen what the result of the search for identity in the Taiwanese underground electronic music scene comes to. But as with previous periods, Taiwanese identity and the emergence of Taiwanese subcultures are deeply bound up with each other.

The interchanges between the electronic music scene and other musical scenes continue to play a significant role, including when major artists from other scenes work with individuals associated with the underground electronic music scene. The examples are too numerous to name, but examples include Dizparity’s collaborations with ABAO, or Sunset Rollercoaster (落日飛車) after-party events held at FINAL. Other examples include when visual artists whose work is strongly associated with the electronic music scene take on roles in fashion or music, such as art photographer and Pawnshop DJ Manbo Key’s work for Vogue and major artists such as Sandee Chan (陳珊妮), or the work of Golden Melody Award-nominated MV director Lin Mao Z–associated with the FINAL crowd–for indie bands as Sunset Rollercoaster and Amazing Show (美秀集團). In addition, indie artists that bridge the gap between rock and electronic music, such as Forests (森林), Prairie WWWW, and Mong Tong, also play an important role in facilitating such exchanges.

COVID-19 led to a profound shift in the electronic music scene in Taiwan. Apart from that, clubs had to shut down temporarily, which proved a financial hit to what were already modestly sized indie venues; this also meant that international touring was no longer possible. Consequently, international guests could no longer travel to Taiwan. Instead, only local artists could perform—nor could Taiwanese artists travel abroad to tour and exchange creative ideas with other local scenes, whether in Asia or the world.

And so, COVID-19 has inadvertently been one of the drivers of greater self-consciousness about identity for the underground electronic music scene, in that it forced a period of introspection to take place. But, as Taiwan reopens its borders, allowing international artists to enter Taiwan and Taiwanese artists to tour again, it is to be seen how Taiwanese artists continue to grapple with these questions of identity.

This article was published as part of a special issue on Youth Culture.