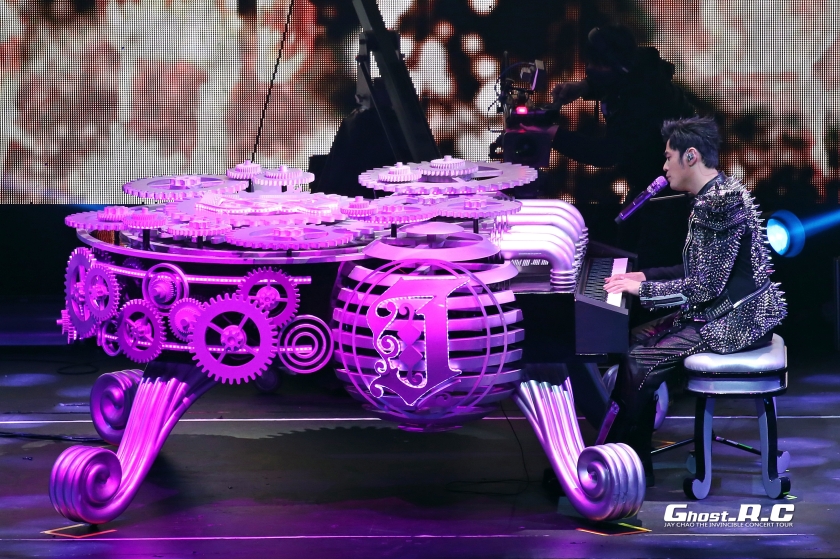 In December 2019, at a time when many in Taiwan were experiencing a stronger sense of geopolitical uncertainty, the book Made in Taiwan: Studies in Popular Music from Routledge Global Popular Music Series was finally published. Edited by Eva Tsai, Tung-hung Ho and Miaoju Jian, this book project brought together scholars that have been contributing to the studies of popular music in Taiwan from various disciplinary and interdisciplinary approaches. This timely piece of music research provides judicious reflections on the past and present of popular culture in Taiwan—diverse and hybrid, yet a process of struggle over the meanings of social experience.

It was my honour to have contributed a chapter, titled ‘Multidimensionality of Chineseness in Taiwan’s Mandopop: Jay Chou’s China Wind Pop and the Transnational Audience,’ to this ground-breaking book project. Evolving from my PhD research, this chapter discusses issues concerning identities, perceptions and questions of Chineseness in transnational pop music flows as embodied in the consumption of China Wind pop (中國風) music and other styles of popular music, which the audience identify as particularly ‘Chinese,’ through an ethnographic enquiry. Through interviews of and encounters with music audiences and music industry workers in Taiwan, Hong Kong, China and the UK, this chapter argues that the construction and perception of Chineseness through popular music is multidimensional, whether the investigation concerns a China Wind song or a person’s experience of it.

There is no way that we may draw any discussions about China Wind pop without mentioning Jay Chou. Jay Chou was considered the Father of China Wind. After his debut album was released in 2000, Chou gradually became a Taiwanese pop star and singer-songwriter known for his stylistic versatility. His “Oriental-flavoured R&B,” along with his status as “Asia’s Hottest Pop Star” was also noted by media in the West. Along with his song-writing partner, the lyricist Fang Wen-Shan, Chou has composed several China Wind pop songs, including “東風破”(East Wind Breaks), “髮如雪” (Hair Like Snow), “青花瓷” (Blue and White Porcelain) and “菊花台” (Chrysanthemum Terrace). This style is featured in almost all his recording albums. Chou’s China Wind songs often focus on an imagined past that is ancient and sophisticated, along with a nostalgic Chineseness that is often romanticised. Through the use of what Moskowitz has called a “singer-composer system,” the China Wind style became a trend that many pop artists—including SHE, Coco Lee, and Jolin Tsai—eventually adopted, with some of their songs written by Fang and Chou. Other artists (such as JJ Lin and Leehom Wang) have also made creative attempts to incorporate musical Chineseness into their songs.

The presence of China Wind pop is also evident on various national or international stages, such as the closing ceremony of the 2008 Beijing Olympics, the Chinese Spring Gala in the PRC, and music reality TV shows such as The Voice of China. Chineseness in China Wind songs is usually staged in an intentionally vague and ambiguous manner. In Chou’s China Wind songs, it is possible to analyse how regional, popular and national discourses can act as resources for different versions of Chineseness. To take “青花瓷” (Blue and White Porcelain) as an example, the instrumentation of jiangnan sizhu (江南絲竹), although evolved from regional musical cultures in the south of China, is commonly employed to signify a contemporary pan-Chineseness. Additionally, vocal techniques such as the use of a distinguishable “sliding tone” can be heard in the chorus. The orchestration also highlights instrumental sounds such as the Chinese flute and guzheng, while a very common combination of instruments for an R&B song—string layers, electric guitar playing arpeggio, bass and drums—builds the foundation for the vocal. The interplay between these three (the regional, the popular, and the national) has enabled them to evolve and crossover.

Taiwan’s Mandopop industry is considered the place where China Wind pop music is established as a popular form. This quest of a culturally united China seems almost paradoxical, considering the long and complex temporal and spatial context of Taiwan, especially for the younger generations, who are the target interviewees in this chapter. The consumption and popularity in other locations with diverse experience and histories in terms of engagement with Chineseness, such as Hong Kong, the PRC and the Chinese diaspora, are distinctive but similarly contested. For instance, in the PRC, the young audience grew up during drastic economic change and came of age when commercialised popular culture was gradually attracting more public interest. By contrast, the Taiwanese audience were born after the lifting of martial law and came of age when more critical stances towardsTaiwanese/Chinese identity gradually became commonplace. In Hong Kong, the local music audience, who were largely familiar with both Hong Kong and Anglo-American popular culture, experienced a significant change, given the transfer of Hong Kong’s sovereignty from Britain to the PRC. The ‘sameness’ masked by the consumption of pop music is further problematised in the chapter. How distinct personal histories are intertwined with the audience’s engagement with China Wind pop music transnationally is also investigated.

Indeed, the powerful version of Chineseness embodied in China Wind pop has come about at a time when the PRC is an increasingly significant player in the transnational music business. The genre has continued to influence industry practices, such as television shows’ content as evidenced by Jay Chou when he was a coach on The Voice of China (2015), when he encouraged his team’s participant, An Li, an Australian Chinese, to “Sing more China Wind, Chinese music is the coolest!.” In addition, it may also determine which artists are able to access the Mainland Chinese market and take part in this transnational flow of popular music, as the artists might well be assessed on the basis of whether or not they are presenting a ‘correct’ version of Chineseness.

It is evident that “being Chinese” today can influence both music production and perceptions. The chapter argues that the construction and perception of Chineseness through popular music is multidimensional, whether the investigation concerns a China Wind song or a person’s experience of it. It also further explores other dimensions to be considered alongside the sonic journey music provides. These are the political dimension, where official and popular discourses have an impact on the formation of placeness; the economic dimension, which determines the structure of the music industry and pop culture flows within; as well as the dimension of identities, in which self/other identifications are articulated by both artists and fans.

Chen-yu Lin is Assistant Professor at the Department of International Business, National Taiwan University. She is also Honorary Research Fellow at Department of Music, University of Liverpool and Editor of Taiwan Insight. This article is part of the special issue on Made in Taiwan: Studies in Popular Music.